‘Transfatty Acids and its adverse effects on Health’ –

A booklet on trans fats

Trans fatty acids (TFA) are found in many ready-made foods at grocery stores and in many items at fast-food restaurants. Vegetable shortenings and margarine are composed primarily of  hydrogenated oils. Thus, any food product that contains shortening or margarine is likely to contain TFA , including cookies, crackers, snack bars, cereals, fried foods, and other baked goods.

Children are equally vulnerable in terms of consuming trans fats as the food items like fried foods and cookies are largely considered the ‘go to’ food for children. Although the adverse effects of trans fats are not seen until adult life, yet its manifestations begin from early childhood. Human studies have confirmed that trans fatty acids are transported across the placenta and that the percentages of trans fatty acids in maternal and infant plasma lipid profiles are similar. Even as toddlers, they are exposed to trans fatty acids through different snacks. Food habits in children are formed by the age of 5-6 years and by the time they reach their teens, they already are into a viscous cycle of unhealthy eating. But early intervention can prevent them from consuming foods rich in trans fats.

In India, school going children are also exposed to a lot of trans fat foods especially in school canteens in the form of fried foods, bhujia, namkeenand sweets.  Many of these foods  are made in vanaspati so that they can be preserved for long. Doctors also said that an interesting study by AIIMS (All India Institute of Medical Sciences) showed only 13 per cent of educated individuals pay any attention to what they are consuming, and the number of heart bypass surgeries among youth has also increased.  So it is time, that we need to sensitise the youth and adults of tomorrow on the harmful effects of trans fats and how to choose tour food more wisely.

In order to minimise use of trans fats among school children, the Indian Food Regulator, FSSAI (Food Safety and Standards Authority of India), recently announced a ban on the sale and advertisement of junk food in and around 50 meters of school premises.  However, soon after passing the order, the regulations on junk food in school canteens watered down as the idea of classifying food in yellow, red and green categories has been dropped by the government.  But this should not stop us, the civil society in creating awareness among school children and other stakeholders on the harmful effects of trans fats. 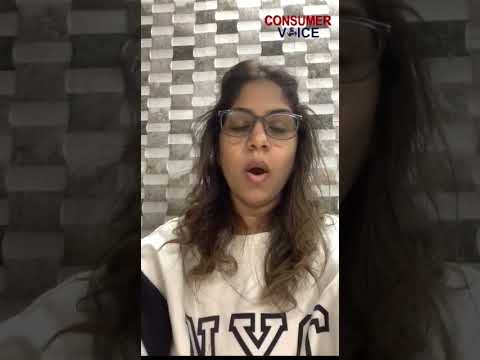 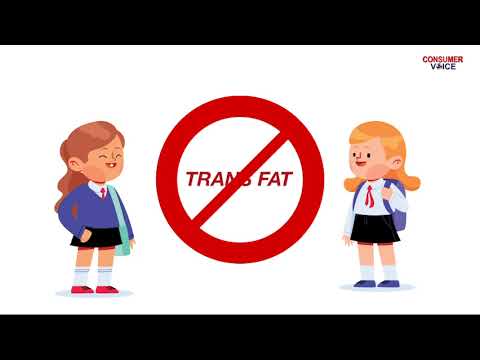 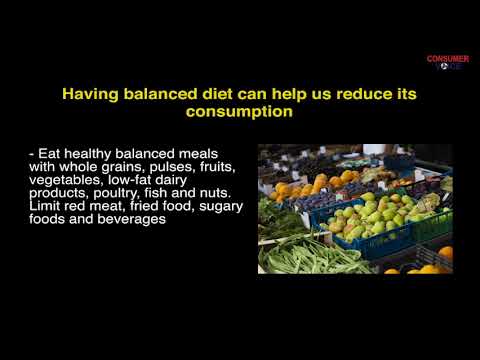 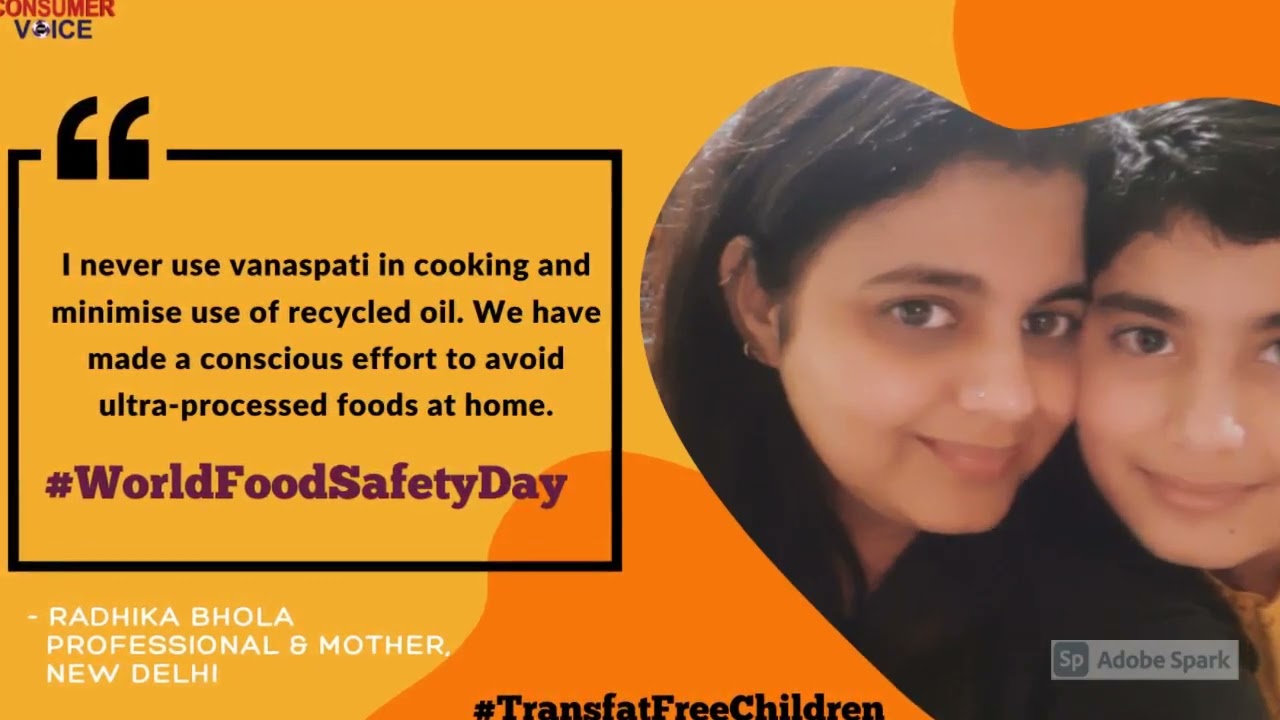 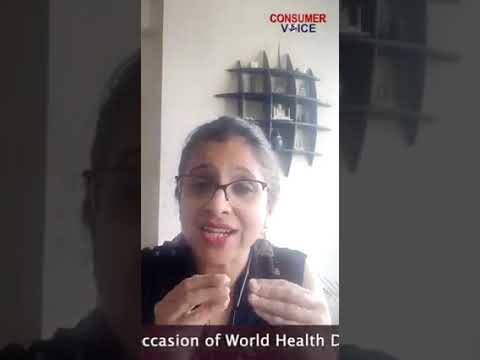 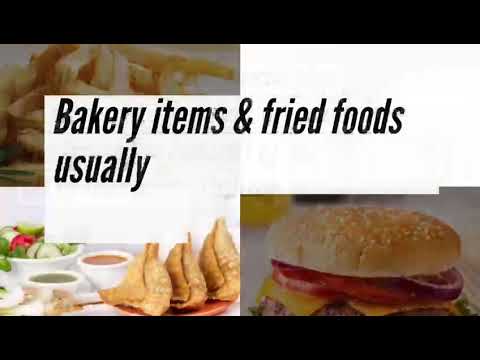 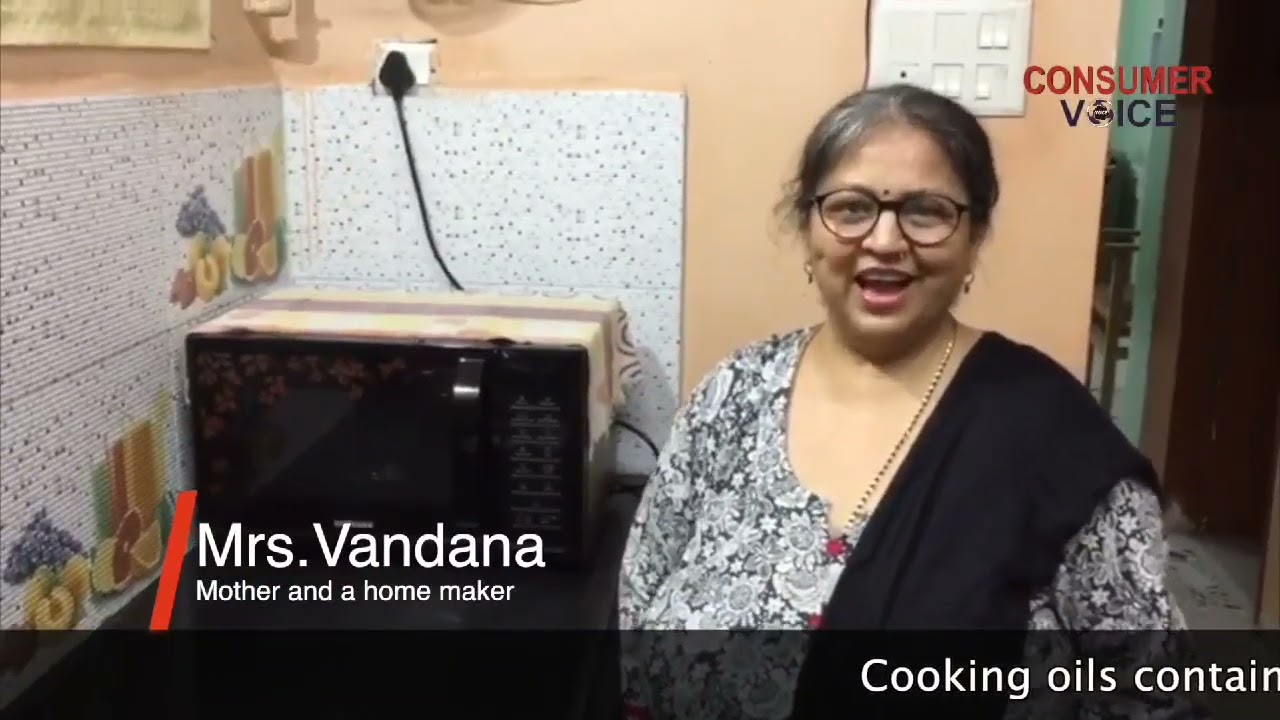 Do you know how trans fat is affecting the health of children and has become a hindrance in their growth? Watch this video to know more about ill effects of trans fatty acids and how to avoid them.

We are what we eat.Do you know what you are eating and how it is giving impact on your health.Watch this video to know more about trans fat ,impacts and tips towards what to include and what to avoid.

World Food Safety 7th June 2021 How do mothers are keeping their little ones healthy?Watch the video !

Watch the video to know as mothers shared about how they keep their child's diet #transfatfree to keep them healthy and happier.

Health should be the priority ,how to keep yourself healthy ,watch this video as homemaker Vandana ji is sharing useful tips on avoiding trans fats.

Consumer VOICE took initiative to spread awareness about perils of Trans Fat with the overall objective to make Trans Fat Free Generation through...