Green Action Week (GAW) is a global campaign to promote sustainable consumption. It is an initiative by the Swedish Society for Nature Conservation (SSNC) and is carried out in coordination with Consumers International (CI). This year (2021) Green Action Week will be celebrated from 4th October to 10th October. The theme of GAW 2021 is Sharing Community.

GAW 2021 aims at creating community efforts towards protecting the environment by fighting with plastic pollution.

What is plastic pollution?

Along with climate change, plastic pollution is one of the most important environmental problems that has hit the world the hardest. Though one cannot deny the convenience of single-use plastic, plastic accumulation harms the environment and creates severe problems for wildlife and humans as well. Since plastics are largely non-biodegradable they remain in the environment for several thousands of years. Most of the deaths in the animal world are caused by plastics. Plastics either find their way in the stomach of the animals or they get themselves entangled with it. Plastics are consumed both by marine and land-based animals. Plastic microfibers have also been found in municipal drinking water systems. Plastic pollution results because of improper waste disposal system in most parts of the world. As per UNEP, the global volume of plastic waste continues to grow, and some of the biggest producers don’t manage their waste effectively. If the current trend continues, once can witness more plastic than fins in our oceans by 2050.

Why is it important to tackle plastic pollution

Over 34 lakh tonnes of plastic waste was generated in the financial year 2019-20, an increase of more than 10 lakh tonnes compared to 2017-18. This was the response to the question raised on the need to phase out single use plastic and annual plastic waste generation in the upper house of Indian Parliament.

As per UNEP, today we produce 300 million tonnes of plastic waste every year .That’s nearly equivalent to the weight of entire human population.

According to a 2019-2020 report by the Central Pollution Control Board (CPCB), which collates data from 60 major cities in India, the country generates around 26,000 tonnes of plastic waste a day out of which 60% of plastic produced is recycled. And rest 40% when not cleaned and segregated, plastic converts to be a waste which is either landfilled or ends up polluting streams or groundwater resources.

What are we planning to do :

On the occasion of Green Action Week 2021, Consumer VOICE organized workshops, webinars and clean-up drives to educate stakeholders including students, consumers and general public on plastic pollution and the harmful effects of plastic. Read More 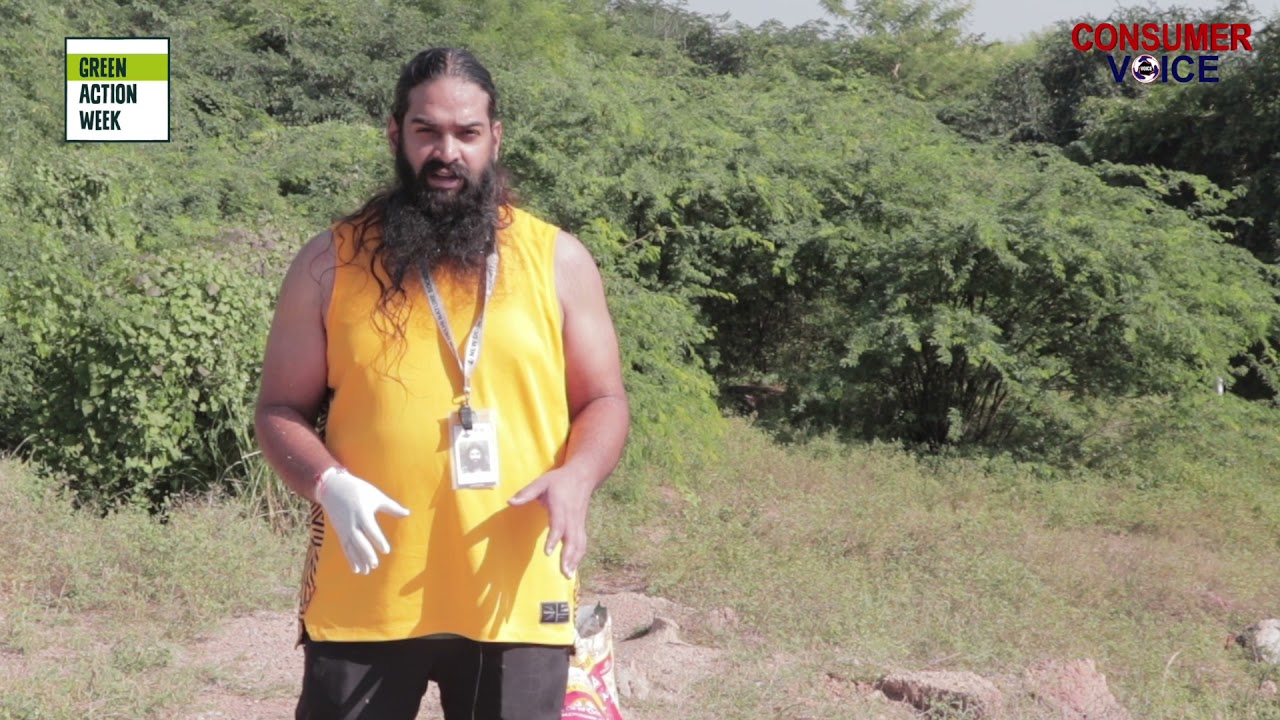 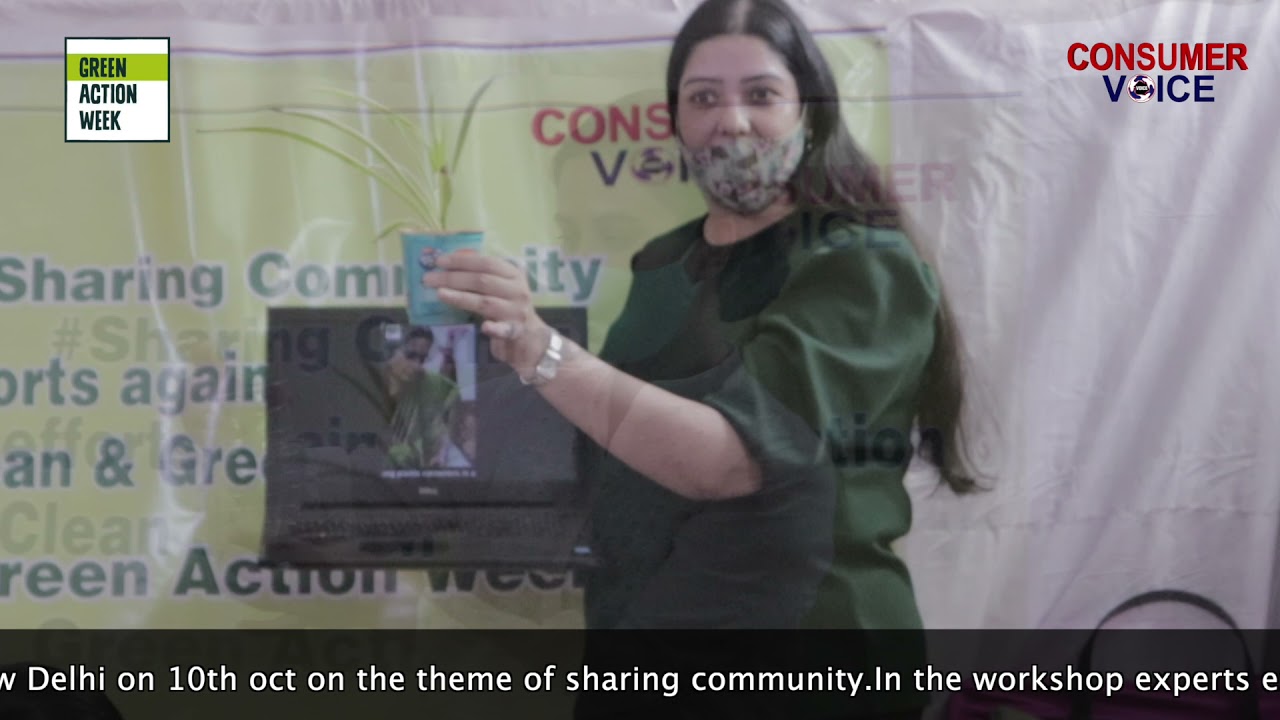 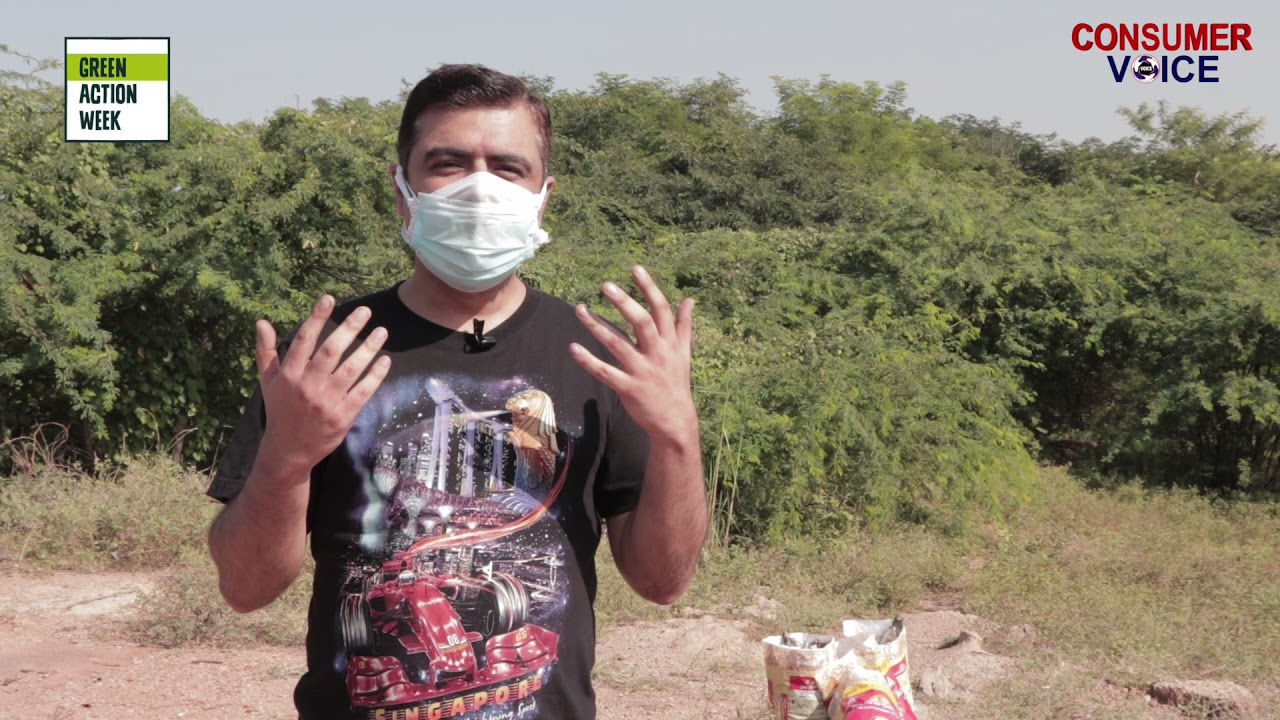 Consumer VOICE joined hands with We Mean To Clean for a plastic cleanup drive in Vasant Kunj, Delhi where Manish Khurana Co-founder of We Mean to Clean spoke about the importance of a plastic free environment in this video.

WHAT IS COMMUNITY SHARING?

Sharing Community brings people from diverse backgrounds together despite various limitations to put action oriented efforts through empathy and collaboration.

People have also realised that adopting sustainable practices and reducing plastic consumption in their lives is the best gift that one can give themselves and to the environment. New ideas will lead to innovative ways to deal with plastic pollution even on virtual medium. Community sharing practices are helpful for people to come out of their comfort zone and shed their inhibitions and contribute to whole society. 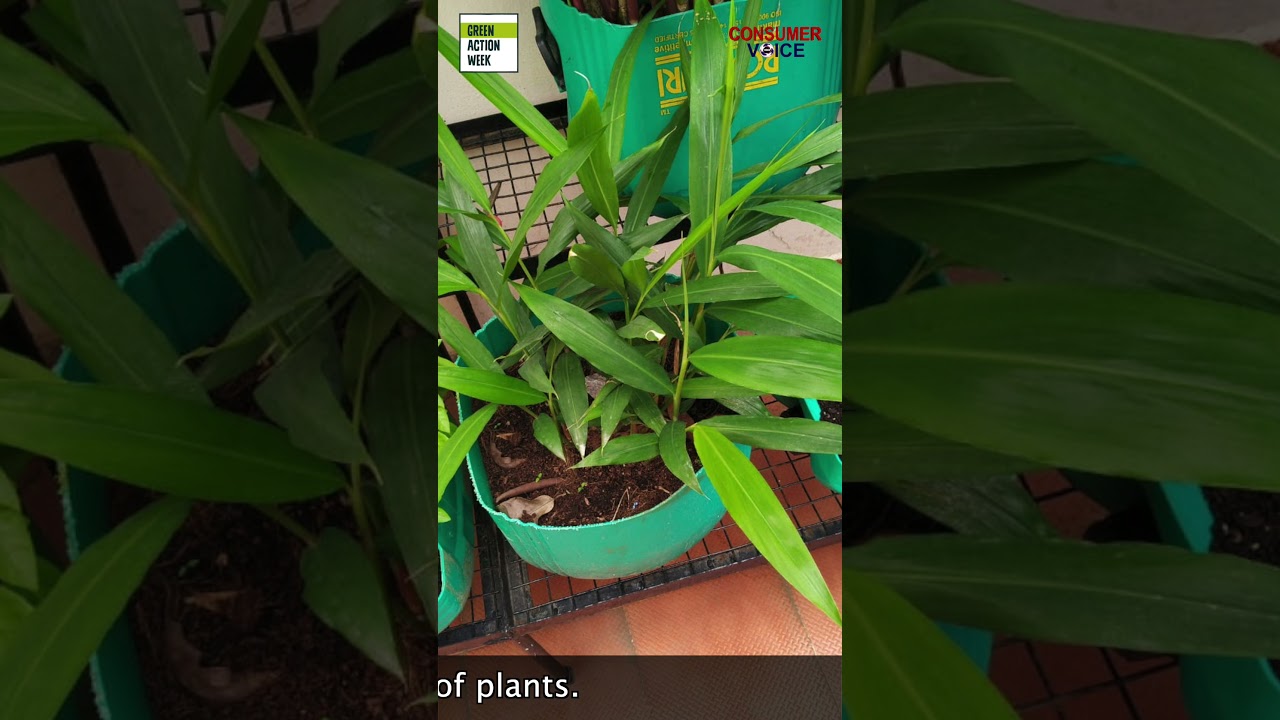 Ms.Nalini Kolipaka (environment activist ) shares a message with Consumer VOICE on the importance of sustainable consumption and joint efforts towards plastic pollution. 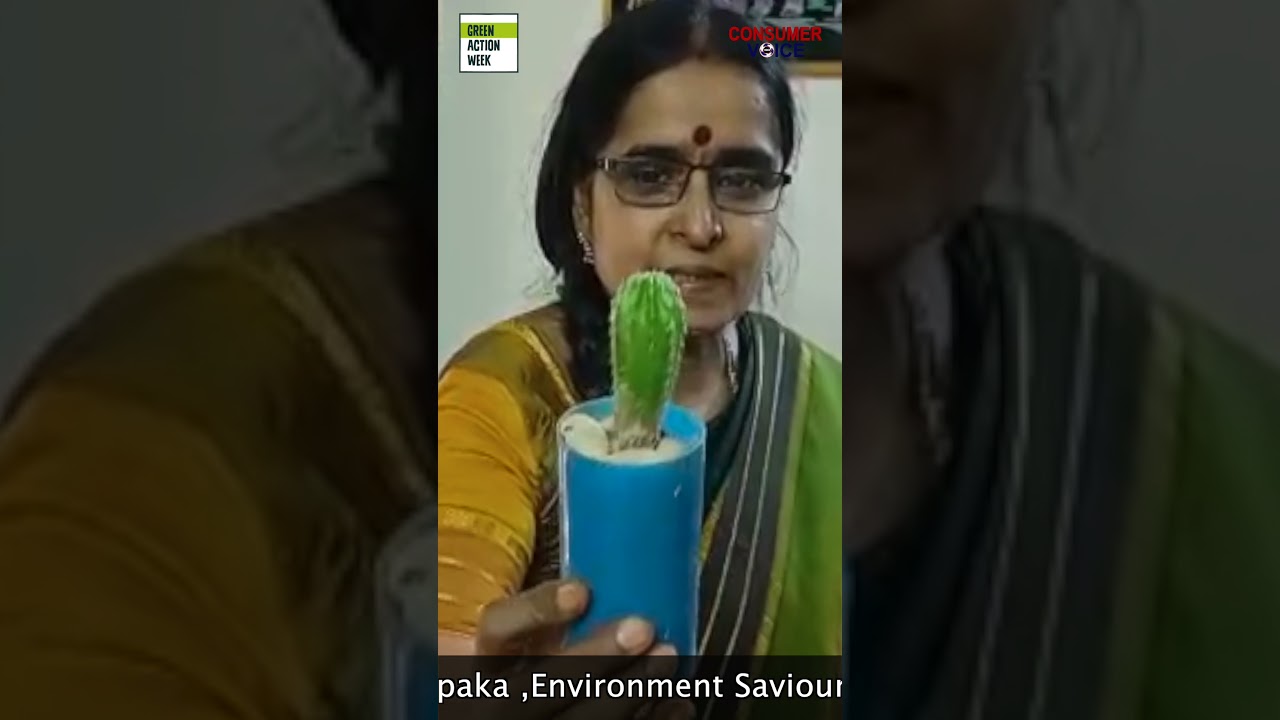 Nailini Kolipaka Environmental Activist Secunderabad shares her ideas on how she has reused plastic bottles in her garden and in various potted plants.