What Is Packaged Drinking Water?

It is water derived from varied sources including surface, ground or sea and subjected to treatment like decantation, filtration (including aeration filtration with membrane filter, cartridge filter, activated carbon filtration), demineralisation, mineralisation and reverse osmosis. The packaged water is also disinfected before being packed so that it does not get contaminated until consumed within a specific time.

The packaged drinking water shall be filled in sealed containers of various compositions, forms and capacities that are suitable for direct consumption without further treatment. In case demineralisation is a part of the treatment process, the ingredients used shall be of food-grade quality and conform to the requirements set by Food Safety and Standards Authority of India and rules framed thereunder.

Packaged water contains many chemicals and as a consumer we don’t understand what they are and what they can do to our bodies. Here are a some details on the ingredients and their effects :

Pseudomonas aeruginosa is a bacterium that is naturally found in many types of drinking water. Pseudomonas aeruginosa can cause a range of infections but rarely causes serious illness in healthy individuals without some predisposing factor. It predominantly colonises damaged sites such as burn and surgical wounds, the respiratory tract of people with an underlying disease and physically damaged eyes. To know more on the exact amount required in your bottled water click here. 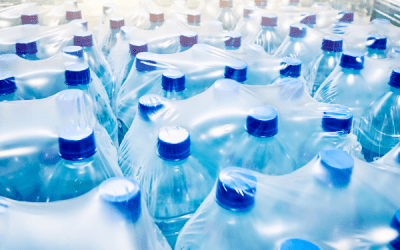 END_OF_DOCUMENT_TOKEN_TO_BE_REPLACED

No need to pay extra for bottled water at cinemas, malls and airports: Ram Vilas Paswan As consumers, we feel helpless when we get charged extra for...