Consumer VOICE, a leading consumer organisation working for the protection of consumer issues, is campaigning at different levels for the elimination of trans fats from food in India. As part of this campaign, Consumer VOICE reached out to Government Co-education School, in Mayur Vihar Phase I,  Delhi to sensitise school teachers on the harmful effects of trans fats. 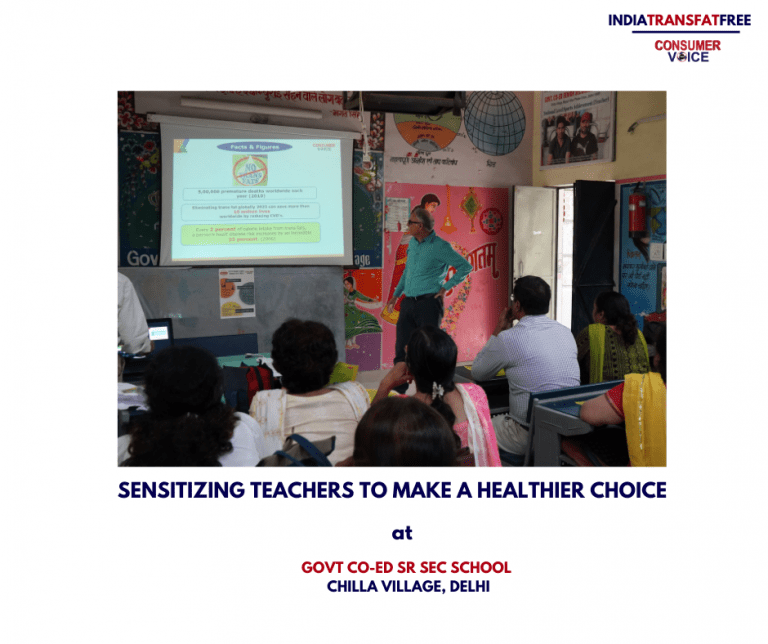 Mr Paramjeet Singh, Director – Research, along with Hemant Upadhyay, Technical Head, interacted with the Head of the School, Mr Amit Kumar on this issue. Later on Mr Paramjeet Singh gave a presentation which was attended by 42 school teachers and other staff members highlighting the importance of avoiding trans fat in foods. He also pointed out that it is important for all to understand the adverse effects of consuming trans fat laden foods especially during Diwali as the consumption of sweets and savouries increase during festival times. The presentation also enlightened the teachers and staff on how to read the nutrition label and understand the permissible quantity of trans fats label in packaged items. 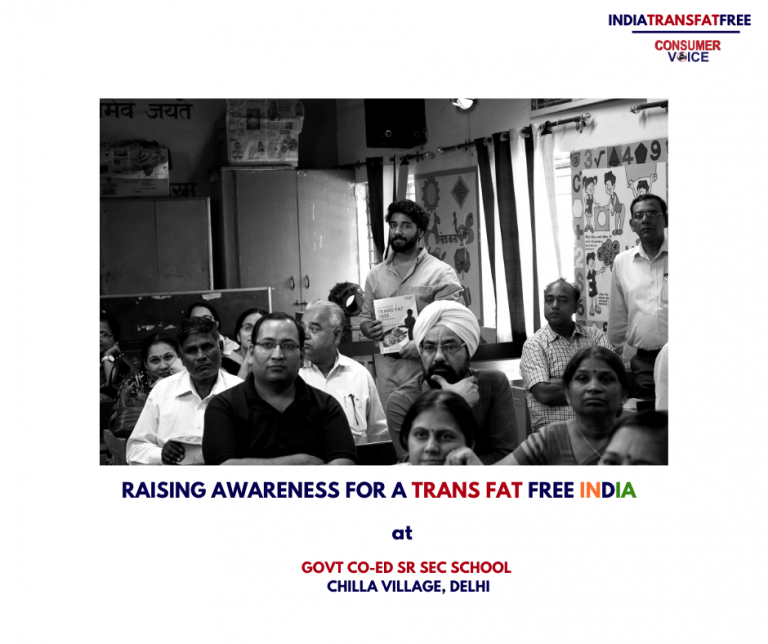 Mr Paramjeet also explained about the amount of fat a body requires and its usefulness. He elaborated the difference between natural trans fats found in food items such as milk and meat items are not harmful and that of artificial transfats generally found in Vanaspati oil which are harmful and should not be consumed.  Teachers were also made aware about how Transfats are responsible of Non- Communicable Diseases and Cardio Vascular Diseases.

Mr Paramjeet Singh also highlighted the importance of campaign and various activities undertaken by Consumer Voice in order to sensitize other stakeholders such as media, regulators, Industry and Health specialists. At end of the program teachers were shown various IEC materials which can be used for generating awareness among their students. All the IEC materials, which included posters will be displayed at important places in the school and pamphlets and stickers to be distributed in the classrooms, were handed over to the Vice Principle of the schools.