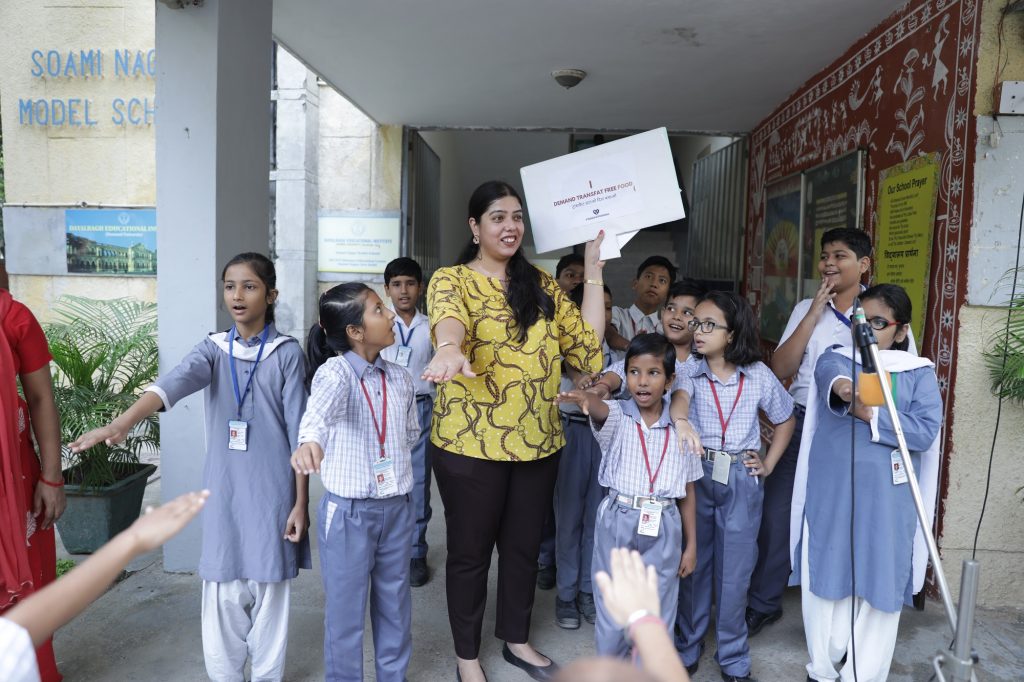 On the occasion of World Food Day, 16th Oct 2019, Consumer VOICE sensitized the students of Soami Nagar Model School, New Delhi on trans fat in food and why they should avoid it for a healthy life.

Ms.Rinki Sharma, Head, Projects Consumer VOICE, interacted with students of the school and educated students on trans fat, foods containing trans fat and why they are harmful for our health. Various examples were given to students about the harmful effects of trans fatty foods and types of food in which trans fat is found. They were also explained on the two different types of trans fat – natural and artificial. Natural trans fat which is found naturally in some foods like whole milk is not harmful but artificial trans fat which is also known as hydrogenated oil is known to increase the risk of heart problems. 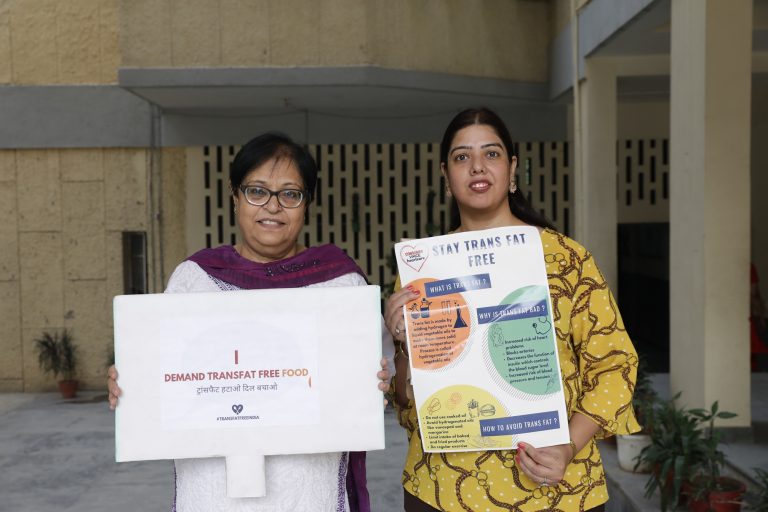 Special posters were made containing information about trans fat , why it is bad and how to avoid trans fat. These posters were handed over to the school authorities to put them in the school for wider visibility.