World No Tobacco Day was celebrated on 31st May all over India by various state partners with support from Consumer Voice. To celebrate this day workshops and rallies were organized in Lucknow, UP to generate awareness and risks associated with tobacco consumption.To spread awareness about the harmful effects of tobacco and the role of government, Consumer Guild, Lucknow organized a workshop supported by Consumer VOICE at Valmiki Rangshala, Gomti Nagar on 30 May, 2017. Shri Deepak Nigam Sood, Honorable Ex. District Judge graced the occasion as a chief guest. 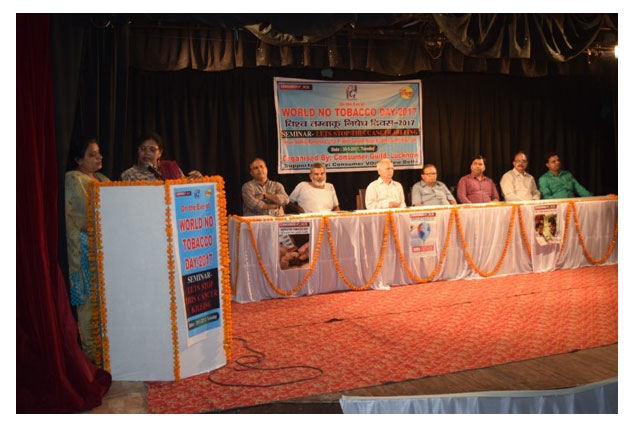