National Centre for Human Settlements and Environment, Bhopal and Consumer VOICE- a New Delhi based non-profit organization working on tobacco control issues in the state of Madhya Pradesh, organised a consultation on the eve of World No Tobacco Day to discuss the implementation of Government of MP’s policy on mandating licensing for vendors who sell tobacco products. The event was focused on spreading awareness about the health hazards of tobacco and sensitization of various stakeholders to support vendor licensing- which is an effective tool for tobacco control.

On September 20th, 2018 the Department of Urban Development of Madhya Pradesh though a circular (F 10-37/2018/18–2/) advising all urban local bodies/ smart cities for thorough Compliance of Section 4,5,6 and 7 of COTPA to develop a mechanism to provide permission/authorization/ vendor licensing All participants including parents, activists, health welcomed and appreciated this step to protect public health and demanded it to implement strictly. 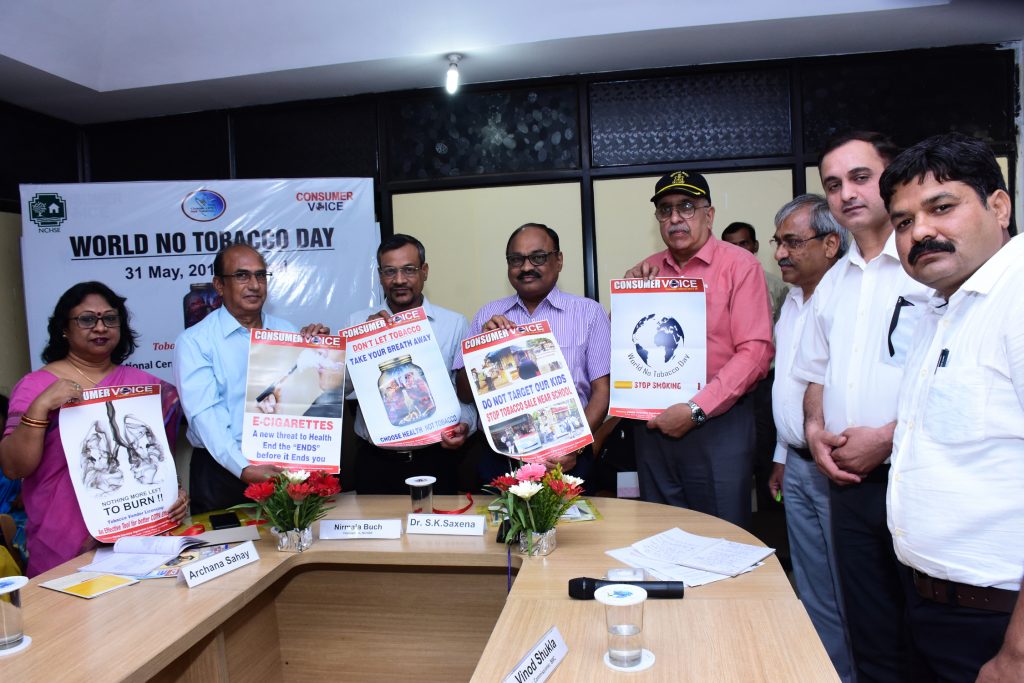 Speaking on the occasion, Shri Amarjeet Singh, Adviser (Legal & Projects) Consumer VOICE, New Delhi highlighted that Global Adult Tobacco Survey 2 (GATS 2) released by Ministry of Health and Family Welfare (MoHFW) in year 2017. It shows 35% percent of adults in Madhya Pradesh consume tobacco in some form or the other.

He further said “Our recent study pointed that the density of tobacco vendors is too high in both commercial and residential areas and there is no record available of tobacco vendors. There were 408 tobacco vendors in 6 wards/areas of 3 cities of Madhya Pradesh (Bhopal, Gwalior & Indore). He added that “the order issued on this note by Department of Urban Development can be very effective in tobacco control.”

During the follow up Panel discussion, Shri Vinod Shukla, Dy Commissioner, Bhopal Municipal Corporation, Shri O.P Jha, Dy Director, Urban Development & Housing, Dr S.K Saxena, Former CMHO Bhopal, Mrs Archana Sahay, Chief Executive Shri Vinod Shukla, Dy Commissioner, Bhopal Municipal Corporation said that a special clause is being added in the license to the vendors specifying compliance of section 4, 5, 6 and 7 of COTPA which will be effective for new licenses to be issued in 2019. He also suggested that shops selling tobacco products should be restricted to a designated place. He further says that excise department should issue licenses for selling tobacco products and monitor them as well. 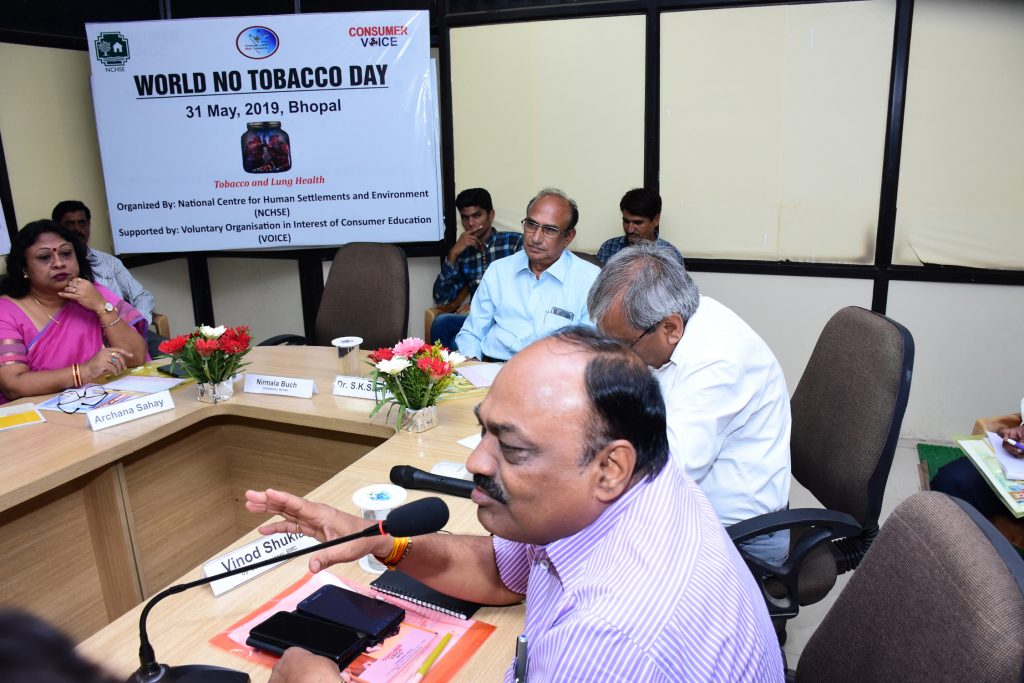 Shri O.P.Jha said that though the Urban Development Department issued directives to the urban local bodies, there is need for intensive monitoring system to make it successful. He further suggested that the suggestions emerged today through the discussion should be sent to DPI for consideration. Dr.S.K.Saxena, Former CMO, Bhopal  highlighted that children of the age group 5-15 are the most vulnerable class and should be protected. Shri Rajiv Tiwari a former tobacco addict explained his traumatic experience of tobacco addiction. Mrs. Archana Sahay said that there is a need for educating the children and the police about the provision of JJ Act 2015 which prohibit selling of tobacco and other drugs to children.

While summing up the discussion Dr. Pradip Nandi, Director General, NCHSE appreciated the issuance of orders on vendor licensing by the Urban Development Department. He expressed hope that ULBs will implement it in letter and spirit for saving lives of future generations. The event was attended by more than 70 people including, doctors, and municipal officials, representatives from media, tobacco victims, NGO volunteer students and social activists. The seminar ended with question answer session followed by lunch. A set of 5 posters on Tobacco Control were also released by the guest speakers and brochure on tobacco awareness also distributed.