Ceramics in your home may cause cancer 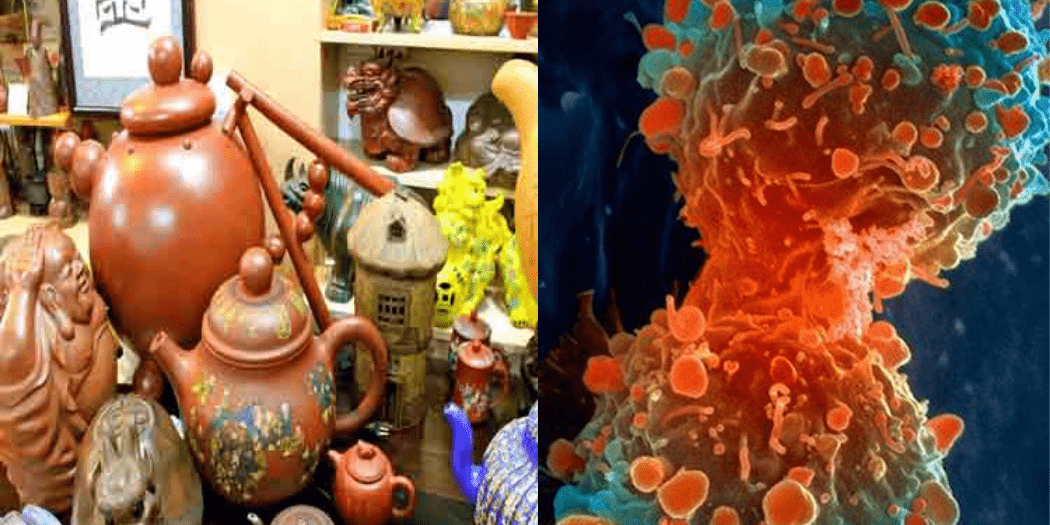 The findings, led by the University of Plymouth in England, showed that cadmium ceramics wares and glass painting in your house might contain high levels of cadmium that could raise the risk of cancer.

Cadmium is commonly used to give products a bright red, orange or yellow pigment, but over time the decoration on glass can start to flake and the glaze on ceramics fail, ingestion of which can potentially raise risks to human health as well as the environment.

As per the findings, cadmium was also found in everyday household products like secondhand plastic toys, drinking glasses and alcoholic beverage bottles. The surfaces of these common items were covered by cadmium more than the recommended levels, said to be ranging from 50 to 800 parts per million (ppm).

The highest readings of up to 70,000 ppm were recorded on the enamels of old and new drinking glasses and bottles, with cadmium detected in about 70 per cent of the 197 logos, patterns, text, pictures and cartoons tested on 72 products, the researchers revealed in the paper published in the journal Science of the Total Environment.

“If you asked most people about cadmium, they would probably know very little about it. But it is listed among the World Health Organization’s 10 chemicals of major public health concern, alongside substances such as lead and asbestos,” said Andrew Turner, associate professor from the varsity.

“The health risk depends on how easily the cadmium can flake off or leach out. Additional tests performed indicate that this is greatest for enamelled glassware,” said Turner.

In addition, cadmium was found in new ceramic items such as mugs, plates and bowls, with the highest recorded level of 40,000 ppm, and in old plastic products including toys, with a maximum 35,000 ppm in a small decorative brooch.