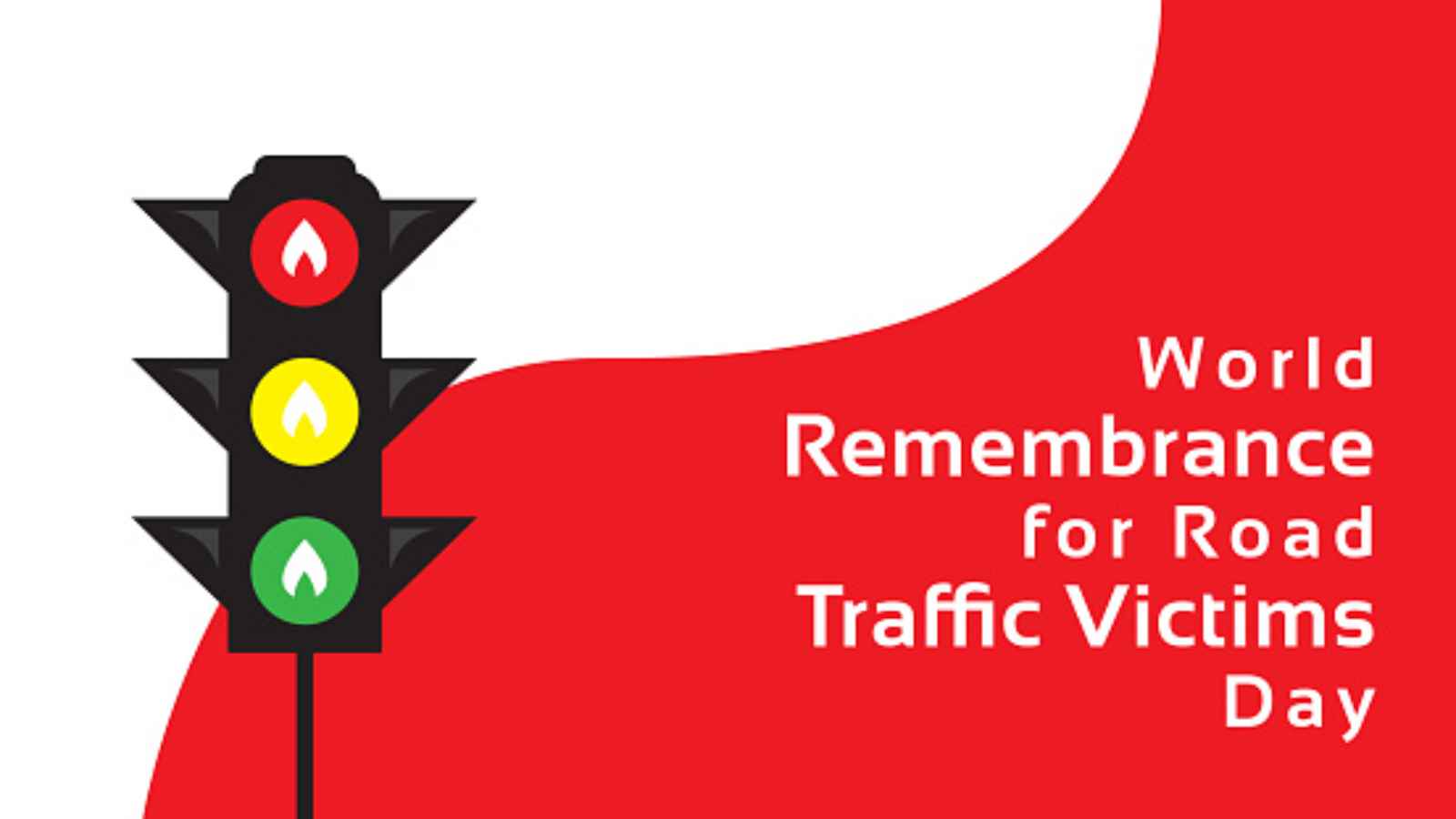 On the third Sunday of November each year, the World Day of Remembrance for Road Traffic Victims (WDR) is observed. In order to honour the suffering of all impacted victims, families, and communities, it is important to recall the many millions who have been killed or gravely injured on the world’s roadways.

It is also a time to show support for the families, friends, and other loved ones who have been impacted by a car accident, as well as to promote the rights of road accident victims globally. It is also a day to express gratitude to emergency personnel who deal with traffic accidents and to think on the enormous toll these accidents, along with the injuries and deaths they cause, exact on global economies, healthcare systems, and most importantly, people.

According to the WHO’s Global Status Report on Road Safety, which was released in December 2018, there are now 1.35 million fatalities caused by traffic accidents per year. The greatest cause of death for those aged 5 to 29 is increasingly traffic-related injuries.

Justice is highlighted on the World Day of Remembrance for Road Traffic Victims in 2022. The legal system includes traffic law enforcement, detailed collision investigations to determine whether a crime was committed and to prevent a repeat, criminal prosecution when necessary, and civil damages. When implemented seriously, fairly, and consistently, such a system is what victims of traffic accidents who have been hurt or lost a family member because of someone breaking the law or being negligent deserve and wish for. It also plays a significant role in prevention and guarantees that the lessons from their tragedies are applied in the future to prevent similar incidents.

India currently holds the third-place spot on the list of nations with the highest number of fatal road accidents, with more than 420 people losing their lives there every day. In India, there were 4, 03,116 road accidents in 2021 that resulted in 1, 55,622 fatalities and 3, 71,884 injuries, according to an analysis of data from the National Crime Records Bureau.

Rapid reductions in fatalities and injuries can result from better traffic law enforcement. Driver behaviour can be significantly altered by requiring them to drive under the speed limit, looking out for cyclists and pedestrians, putting on seatbelts, abstaining from driving while intoxicated, and utilising kid safety seats.