Consumer Legal Protection Forum with support from Consumer VOICE, New Delhi organized a stakeholder workshop at hotel Aarian Atithya, Guwahati-Assam on 6 September 2019. The main objective of the workshop was to strengthen the road safety aspects of MVA 2019.Recently the Motor Vehicles Amendment Act 2019 has been passed with the approval of the President of India. This amendment aims to make Indian roads safer, reduce corruption and use technology to overhaul the country’s transportation system. The next step is to frame the Motor Vehicle Rules by Central and State governments to implement the amended law for improving road safety. 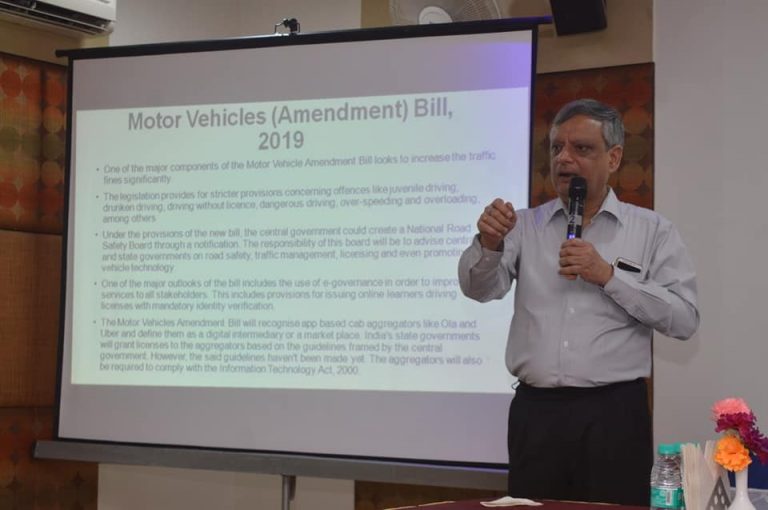 He said “The amendment Act will help to reduce road fatalities and injuries with the stringent penalties / other provisions and change the road habits of citizens who are breaking the rules. We urge the Assam government to include the new rules of MVA 2019 in the Assam Motor vehicle rules.” 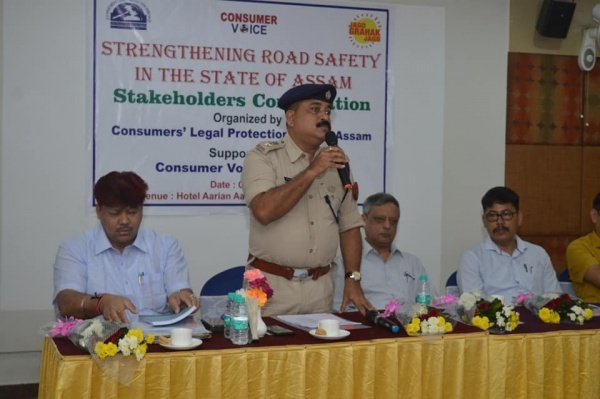 Shri Gautam Das District Transport Officer- Kamrup welcomed the new rules and said,  “Our state is following the Central government MVA 1988 and also have Assam Motor Vehicles Rules 2003 which also includes the main risk factors of road safety. We will follow and include the new amended rules by MVA 2019 to make stringent enforcements”.

“In the last six months in Assam around 2,359 accidents occurred in which 1,980 people were injured and 928 lost their life. It’s time to take the new rules amended in Motor Vehicles Act 2019 to make police and transport departments enforcement drives more effective to prevent casualties adds District Transport Officer Das. His juniors also presented their positive viewpoints.

The programme was attended by around 40 people from  transport department, traffic police department, civil societies, students and lawyers communities .