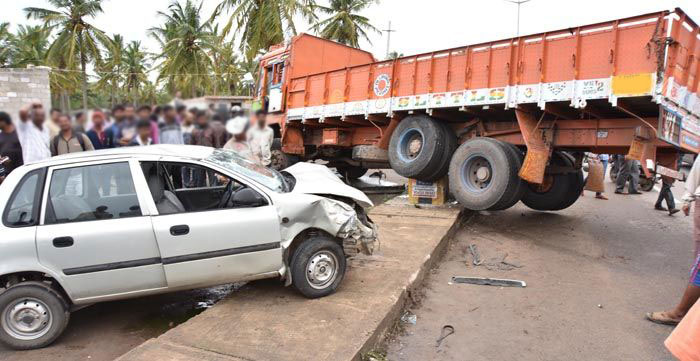 India has the dismal record of being the second highest country in the world where almost 1.5 lakh people are dying because of road accidents which is 17 people dying every hour. Another 5 lakhs are seriously injured in road crashes. Road crashes account for more than 44% of all un-natural accidental deaths in India and 51% of all those killed between the ages of 18 and 30.

This means that we are losing 404 precious lives every day for the past 3 years.

As a signatory to Brasilia Declaration, India is committed to reduce the number of road accidents and fatalities by 50% by 2020 which is 74000 deaths in a year. Nitin Gadkari has recently admitted that he saved only 5% lives in road accidents instead of 50% which was an unfortunate blemish on his performance record.

The economic loss from road crashes is estimated at 3% of the GDP or Rs 4 lakh crores annually. According to a study conducted by the World Bank and Bloomberg Philanthropies by reducing road fatalities by 50% and keeping it at the same level till 2038 India can generate additional national income of about Rs 17.64 lakh crore.

Some of the important risk factors one can take note of for reducing the number of accidents in India are:

Consumer VOICE which is committed in helping the country reduce road accidents in India, is organizing a “National Workshop on Road Safety to make Road Safety a National Priority” where it will urge the  Hon’ble Prime Minister,President,Vice President and Chief Justice of India to sign the  memorandum for making road safety as National priority. Through this workshop various stakeholders such as road crash victims/their family members,members of parliament will be raising their VOICES and urging the government to make road safety a national priority and ensure that India inches towards the commitment made in Brasilia Declaration.