Tricks to choose & use your cooking oil the right way 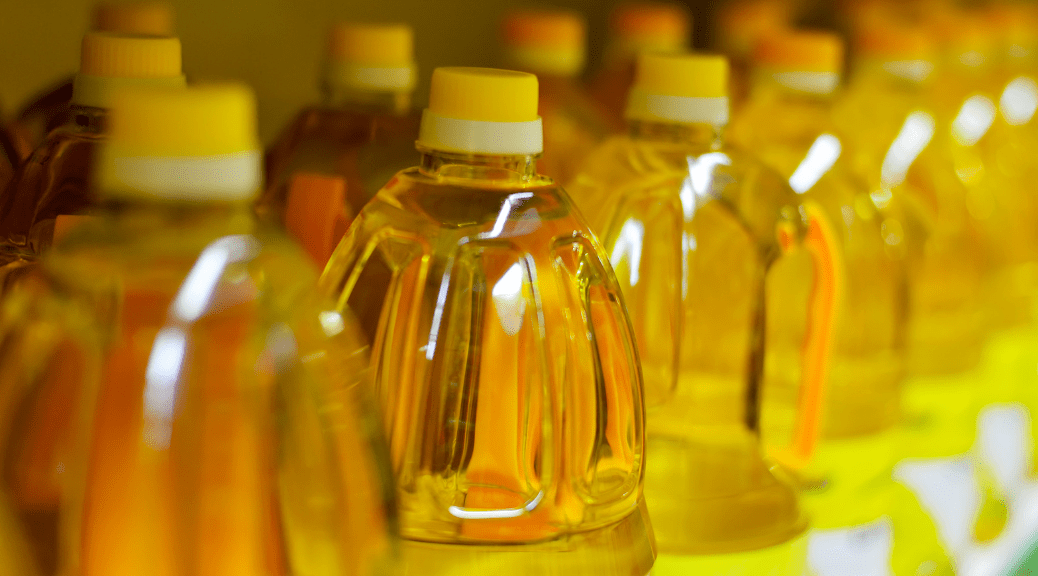 There are different varieties of edible oils in the market these days and picking one for our home is a difficult choice. Most of us tend to base our choices on our established taste preferences.  Some of us base our decisions on the healthfulness of an oil and the type of recipes for which we are purchasing the cooking oil. For many Indian recipes, we prefer a cooking oil that does not have a strong flavor of its own. For example, we use olive oil for preparing continental recipes; because this oil adds a unique characteristic flavor to these recipes. In this article, we have discussed the nutritional composition of some commonly consumed edible oils, practices to purchase, store, and handle them in a mindful manner. We also have talked about some food quality certification marks that can help you pick a healthier edible oil.

Reports say groundnut oil, rapeseed oil(canola), soy oil, cottonseed oil and commercially palm oil are commonly consumed in Indian households. These oils are preferred by many food industries due to the subsidies on palm oil. But do these oils have a healthier nutritional profile, let’s uncover it here:

All edible oils contain Monounsaturated Fatty Acids (MFAs), Polyunsaturated Fatty Acids (PFAs), and Saturated Fatty Acids (SFAs). The percentage of each varies from oil to oil. Our body requires all three types of fatty acids.  PFAs and MFAs are relatively healthier as compared to SFAs, and therefore we must limit their consumption. PFAs can be divided into linoleic (ω-6 fatty acids) and linolenic fatty acids (ω-3 fatty acids). ω-3 fatty acids are also known as essential fats i.e., the body cannot synthesize them metabolically and they must be taken from different dietary sources. Note that PFAs and MFAs (together known as good fats) must always be preferred over SFAs (bad fats).  Consumption of more SFAs is not good for your heart health.

All edible fats are oils that are calorie-dense. Each gram of both fats and oils has 9 Kcals in it and 1 teaspoon (5ml) contains 45 Kcal. There is an exception to this. One gram of butter has 7 Kcal.  This is because of its moisture content.

Many edible vegetable oils contain natural antioxidants like vitamin E also known as tocopherol. Rice bran oil has Oryzanol and Sesame oil contain Sesamol and Sesaminol. These antioxidants have beneficial effects on our health including a reduction in oxidative damage due to aging.

Use cooking oils in rotation to draw health benefits from all different sources.

There are two ways to do this-

The followings are some recommended blends-

Blended edible oils are also sold in the market. Sometimes they can also be labelled as “vegetable oil and cooking sprays”. 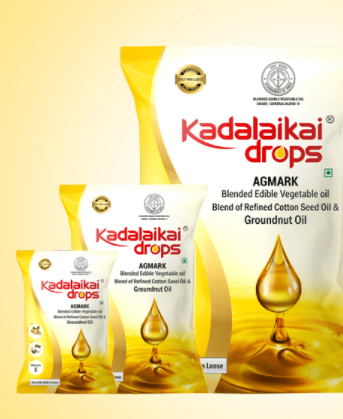 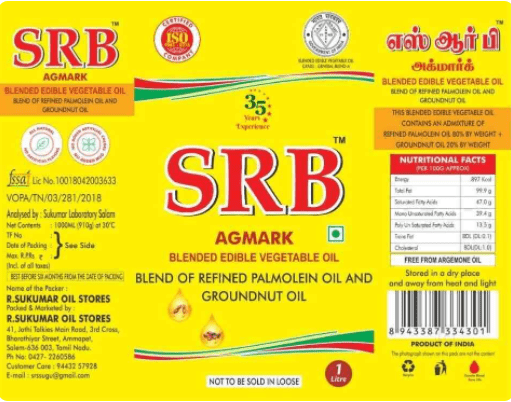 Laws: The sale of blended edible vegetable oil and fat spreads in addition to FSSAI regulation is governed by AGMARK. You can pick an oil blend using the AGMARK Logo.

What is the smoke point of cooking oil?

Smoke point is also known as the burning point of the oil. It is the temperature at which you can see bluish smoking from an oil upon heating. If you are cooking a recipe that requires oil to be heated at a high temperature, prefer edible oils that stay stable at higher temperatures. Burnt oil not only ruins the taste of the food but degrade the nutrients in oil and lead to the development of chemicals in it that are harmful to health. Some experts recommend preferring refined oils or ghee to prepare Indian recipes that require deep frying.

Some health experts argue that EVVO which is one of the healthiest edible oil has a low smoking point and must not be used for cooking recipes at high temperatures. Some advocacy groups argue that there isn’t scientific evidence that supports this notion and that EVVO is suitable for recipes at high temperatures. Their claims have been backed by a few pieces of research but experts claim that these were sponsored work.

We have the habit of reheating oil for frying which is harmful as it can release more toxic components leading to many diseases. For example, reheating of oil increases trans fatty acids in an oil and its consumption has been found to have negative impacts on health.

Therefore, do not reuse or reheat cooking oil for more than 2-3 times. Use adequate amount of oil for cooking i.e., try to finish it in single-use.

Tips to use your cooking oil the right way

A handy guide to start a term insurance plan