Is salt good or bad for you? Its’ both! 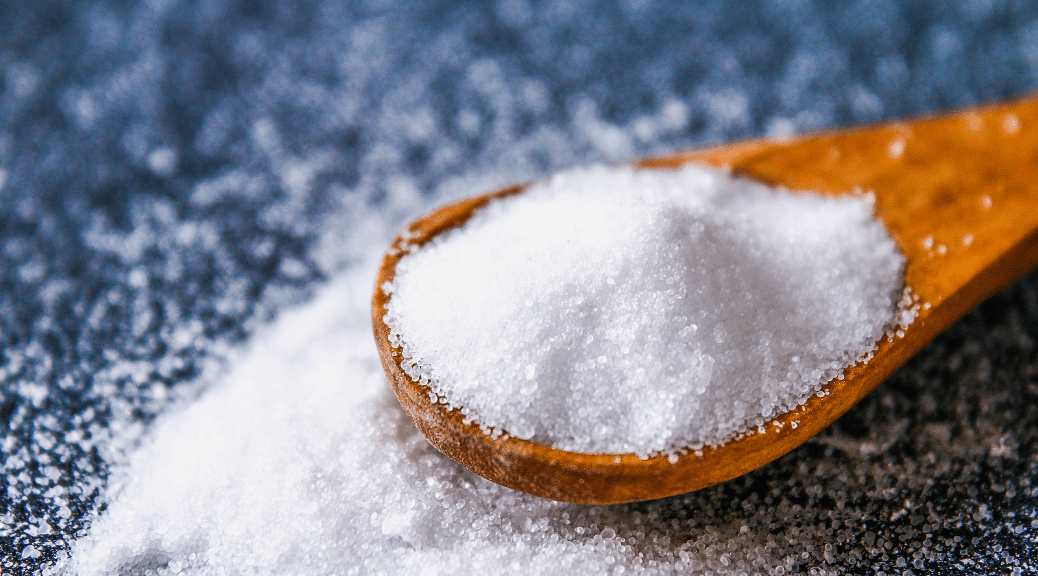 A simple yet very important ingredient like salt these days is available in different variations including iodized, low-sodium, rock salt, double fortified salt, etc. What is their significance? Is rock salt healthier than the normal salt? Will reducing salt make you iodine deficient? Does salt have only culinary and taste purposes or is it important for your health as well? Learn about these and much more in this article.

Salt has been an integral part of our lives since time immortal. It enhances the flavour of our recipe, making it more palatable. Salt has also been used extensively and effectively used for food preservation. Salt can prevent growth of the bacteria in food preventing food spoilage. Therefore, pickles last so long. Historically, salt has always been accorded high value. This is why salt was taxed extensively throughout the world and high taxations on salt have caused revolts like that against Gabelle Tax in France in 1789 and the Salt Satyagrah led by Gandhiji in 1930 in India.

So does salt, have any health utility? Let’s try to understand.

Salt contains 40 per cent sodium ion(Na +) and 60 per cent chloride ion(Cl–), by weight. Now why are these important for human body? Salt is the biggest contributor of sodium in our diet. Therefore, many times we use sodium as a synonym for common salt. Sodium and Chlorine are essential minerals required for fluid-electrolyte balance in our body. This is why we feel dehydrated or need to replace the electrolyte loss immediately when we sweat excessively or experience retching/diarrhoeal episodes. These electrolytes are also involved in aiding muscles and nerves to function well. Some studies have also linked low sodium diets with increased insulin resistance as well, but sodium deficiency is very rare due to presence of sodium in a lot of processed foods we eat daily. Salt is a common ingredient used in every household; it has been successfully used for decades for iodine fortification. Salt fortification has played a major role in reduction of iodine deficiency disorder in many counties worldwide.

However, we all know that excessive salt consumption can increase our chances of getting high blood pressure (hypertension), and other cardiovascular diseases. High salt intakes may also increase the growth of Helicobacter Pylori bacteria in our stomach and that can cause inflammation and gastric ulcers. Eating too much salt can also cause calcium deficiency. Therefore, the WHO recommends that adults should not consume more than 2300 mg of sodium, equivalent to 5 grams (1 teaspoon) of salt every day. Interestingly, as per a WHO report, Indians, on an average, consume almost 10 grams of salt every day.

It is therefore essential that we cut the amount of salt in our diet. We need to control our urge to add excessive salt to our recipes, avoid adding table salt to our preparations at home, and distance ourselves from food items with added salt like biscuits, chips, bakery foods, papads, etc. We can refer to food labels on packed products to ascertain how much sodium these items contain and keep 2300 mg of sodium as the upper limit for our daily consumption.

But if we cut the salt intake, will we become deficient in iodine? Again, let’s try to understand.

It is common knowledge that Iodine is an essential mineral and it’s deficiency can cause several health disorders. Salt is a major source of iodine in our diet. Can our attempts to reduce salt intake make us iodine deficient? As per the National Institutes of Health Factsheet on iodine, 3 grams of salt i.e. a bit more than half a teaspoon of iodized salt is sufficient to meet our iodine needs. If someone wishes to cut the salt beyond this limit, then they can still get iodine from other dietary sources such as- seaweed, eggs, dairy products and dried plums, also known as prunes. One must also note that too much consumption of iodine (from iodized salts and other dietary sources) can push someone to develop hyperthyroidism and could worsen it if the person already has hyperthyroidism.

Rock salt is known as ‘sendha namak’ in India. Black Salt is a type of rock salt. It is known as Kala Namak in India. Rock Salts contain fewer additives than the regular table salt. For example, it does not contain anti-caking agents which are added in normal salt to prevent forming of lumps in the presence of moisture in the air.

These days some rock salts are combined with sodium and iodine sulphates as well and mixed with charcoal and then heated. If you are looking exclusively for natural salts, check the ingredients list on food labels of the pack.

How is Sea Salt different from regular table salt?

Sea salt is most commonly manufactured by directly evaporating the seawater. Salts labelled as ‘Sea Salt’, these days usually do not undergo any processing or are minimally processed. The good thing about unprocessed sea salt is that it has traces of some minerals like magnesium, potassium, calcium, etc. in it. But it has some health concerns as well.  Some studies reveal that sea salts can be contaminated with microplastics. Sea salt has also been found to be contaminated by fungi. This can cause food spoilage and could be toxic as well. Table salt on the other hand is processed for iodine fortification and also with the objective of making it free flowing in nature.

What is double fortified salt?

Double fortified salt is available in market these days that contains both iodine and iron. It could be used by anaemics and people desiring to prevent iron deficiency. It must be kept in mind that if you are already taking a lot of iron in your diet from other sources, you should avoid it or use it in rotation with other salts.

What is Low Sodium Salt & Can you use it?

Low -Sodium Salts are also known as salt substitutes. These salts have lower sodium levels which is usually substituted by potassium. These salts are recommended for hypertensive people and research confirms that its consumption could be helpful in lowering systolic and diastolic blood pressure in people with high blood pressure. Based on present evidence, it can be recommended only for pre-hypertensive and hypertensive people. However, more research is needed to establish this viewpoint.

Choose any salt as per your preference but with this cautionary note that it’s best to consume salt in moderation regardless of the type you choose. And if you are planning to switch to rock salt completely, seek a dietitian’s help to include iodine rich sources in your meals because remember iodine is essential for you.