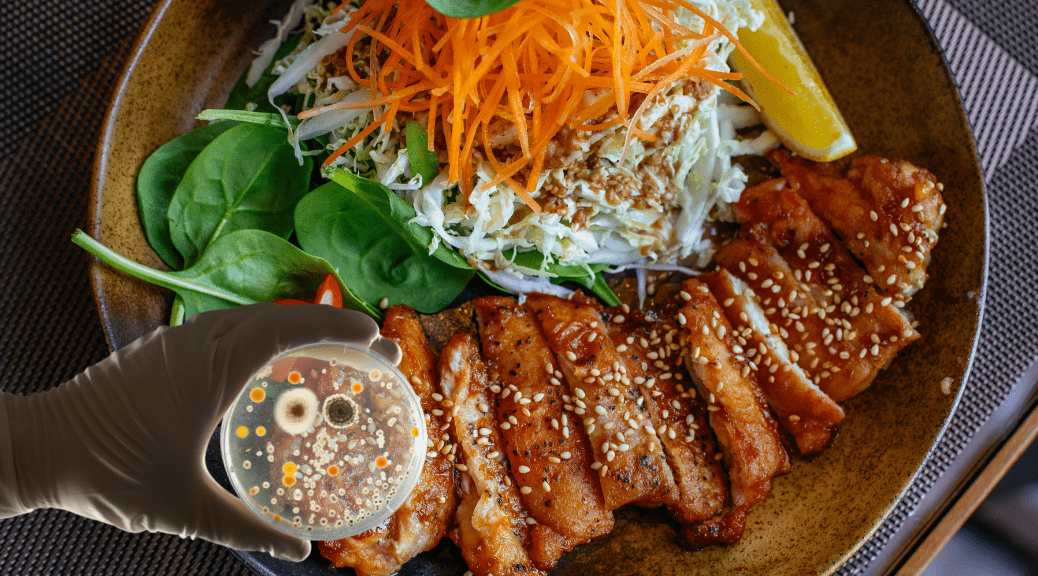 You might have read about the H5N8 avian bird flu spread in different states across the nation, and the food scares associated with it. According to a 2020 world health organization (WHO) factsheet, almost 1 in 10 people in the world – fall ill after eating contaminated food, and 420 000 die every year, resulting in the loss of 33 million healthy life years (DALYs). Also, some individuals are more prone to the risks associated with foodborne illness in terms of severity. In this article we explore some foodborne illnesses, identifying the people at risk and how they can be prevented.

More than 200 diseases are caused by eating contaminated food. Food usually gets contaminated by bacteria, viruses, parasites, toxins, or other chemical substances. This growing public health problem causes considerable socioeconomic impact through strains on health-care systems, productivity losses and effecting tourism and trade. Some of these diseases can even have a fatal consequence.

Understanding the cause and effects

Foodborne diseases are caused by contamination of food which can take place at any stage during food processing, production, delivery, and eventual consumption. They can result from several forms of environmental contamination including pollution in water, soil or air, as well as unsafe food storage and processing. Lesser talked about, but equally – or even more – hazardous is through infiltration of harmful chemicals through use of pesticides and insecticides used during farming and use of genetically modified seeds to augment production; leavening agents and catalysts used in processing and refining, additives used to enhance flavours, and preservatives used to improve shelf life. Then there is adulteration – like mixing of the harmful Kesari dal with Toor dal, creation of synthetic milk from dangerous chemicals, using of chemical boosters for increased/ speedy growth in fruits and vegetables, artificial coloration of fruits/vegetables and mixing of cheaper methylated spirit by the arrack sellers– which ranges from being health hazardous to life threatening.

Foodborne diseases encompass a wide range of illnesses from diarrhoea to cancers. Most present themselves as gastrointestinal issues, though they can also produce neurological, gynaecological, and immunological symptoms. Diseases causing diarrhoea are a major problem in all countries of the world, however the incidence is higher in low- and middle-income countries and in children under five years of age.

Nearly one in 10 people around the world fall ill after eating contaminated food, leading to over 4.2 lakh deaths, annually. Children are mostly affected, with 1.25 lakh of these deaths in children under five years of age.  Most of these cases are instances of diarrhoeal diseases. More serious consequences of foodborne diseases are kidney and liver failure, brain and neural disorders, reactive arthritis, cancer– eventually leading to misery and death.

Anyone can get food poisoning, but certain groups of people are more likely to get sick and to have a more serious illness. Their bodies’ ability to fight germs and sickness is not as effective for a variety of reasons:  they are the very young (under 1 year), the elderly, the immune-compromised (those whose immune systems are less able to fight off harmful bacteria), and women who are pregnant.

Combined, these vulnerable groups account for as high as 90 per cent of the affected cases. Incidentally, foodborne illnesses can be extremely dangerous. Symptoms include vomiting, diarrhoea and fever. If unattended these can intensify and the illness can become life-threatening. What makes these populations more at risk? The obvious answer is: a weak immune system. The immune system is the body’s natural defence system against “foreign invasion” by pathogens (bacteria or viruses that can cause disease). In healthy people, a properly functioning immune system usually fights off harmful pathogens readily and the subject usually recovers after tiding over the early symptoms.

However, adults aged 65 and older have a risk tendency because as people age, their immune systems and organs do not recognize and get rid of harmful germs as well as they once did. Their body immunity and resistance to infection begins to decline. Their body is less effective in fighting off harmful bacteria and pathogens. For example, the amount of acid in our stomachs, once a powerful barrier to pathogens, gradually decreases over the years, making the old-age people more prone to gastro infections. In addition, older people tend to take more medicines for problems like heartburn or acid reflux, many of which play to further reduce the amount of stomach acid, further weakening this impediment to pathogens.

The same goes for people with compromised immune systems, such as those with HIV/AIDS, cancer, liver disease and diabetes. Not only are their immune systems weakened by the disease, but the side effects from certain treatments such as radiation and chemotherapy may make them weaker still.

On the other hand, children, particularly in the age group of under five years, are also at risk to foodborne illness because their immune systems are still in the process of being developed. So, their body’s ability to fight germs and sickness is not as strong. Food poisoning can be particularly dangerous for them because illness can lead to diarrhoea and dehydration. Children younger than five are three times more likely to be hospitalized if they get a stomach infection.

As for pregnant women, their immune systems are undergoing a temporary alteration – to enable the mother to co-exist with the foetus throughout the nine months of pregnancy. We should not forget that half of the foetus’ genes are not the mothers. The body is understandably working extra hard to avoid a rejection of the foetus. This same alteration makes the body more susceptible to infection.

So, Prevention is the key to safety. The risk faced by these vulnerable populations can be considerably reduced by preventing foodborne illnesses from occurring in the first place.

Ways to prevent from food contamination

Measures should be taken to keep contaminants out of the harvesting, processing and manufacturing of foods. Establishing of safety and cleanliness requirements for farmers, food companies, and importers will reduce the chances of pathogens affecting the people at risk.

Individually, there are steps that the people particularly vulnerable to the dangers of foodborne illnesses can take to reduce that risk. These include:

It is advisable to be extra cautious when eating out, especially for those at risk. It is helpful to ask what ingredients are in a prepared dish.

The state governments have requested the health ministry to issue a guideline on the food scares associated with the avian flu spread. Based on some previous reports, these are some tips associated with consumption of poultry and dairy-